How to Help a Dog With Dementia? 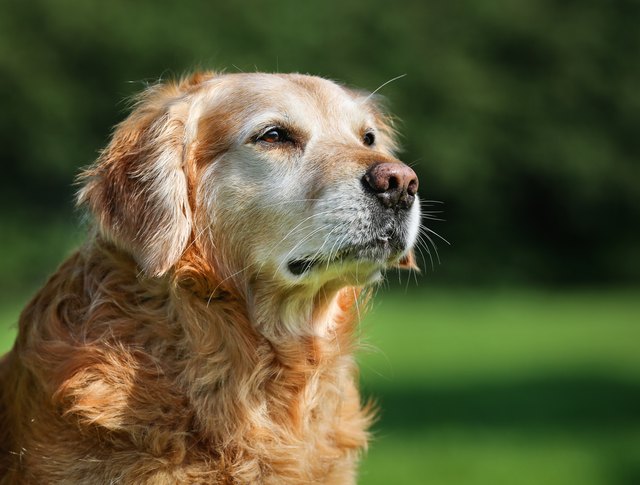 Fondly known as the "golden years," few seniors of the human species would agree that creaky bones, the effects of gravity, and memory lapses are the upside of growing old. And if they had their chance to weigh in on it, dogs would most likely agree with us.

Like people, dogs are living longer, and the reality of dealing with senior dogs and their potential health issues has arrived for dog owners. Only first diagnosed in the relatively recent 1990s, dogs with cognitive impairment are now common. "People are often surprised that their pets can develop something like human Alzheimer's. But really, our brains are not that different from dogs'," says Dr. Lee Harris, DVM, noted California veterinarian. It's hardly surprising that dogs would pick up many of our same behaviors and even syndromes, given the 33,000 or more years humans and dogs have coexisted.

A diagnosis of dementia for any member of the family is devastating. But when this disease affects your dog, it's uniquely disturbing, because you may not have known that dogs could get dementia. In many cases, the onslaught of the disease is so subtle you won't notice any change; then it creeps up gradually. Within six to 18 months, obvious signs of dementia appear incrementally. Your first reaction to a diagnosis of a canine cognitive dysfunction, or CCD, commonly referred to as "dog dementia," will likely be: what can you do to help your dog navigate his way through this challenging journey and at the same time preserve a quality of life?

Is there a difference between dementia and senility?

In contrast, senility is a somewhat outdated terminology used to describe a decline in an older person's physical and cognitive health. Senility can indeed cause changes in mental health that may mimic symptoms of dementia, such as memory loss or a decline in judgment. But senility is a health condition also characterized by physical changes; such as decreased strength, loss of vision or hearing, changes in posture, stiff joints, and brittle bones or loss of bone density. 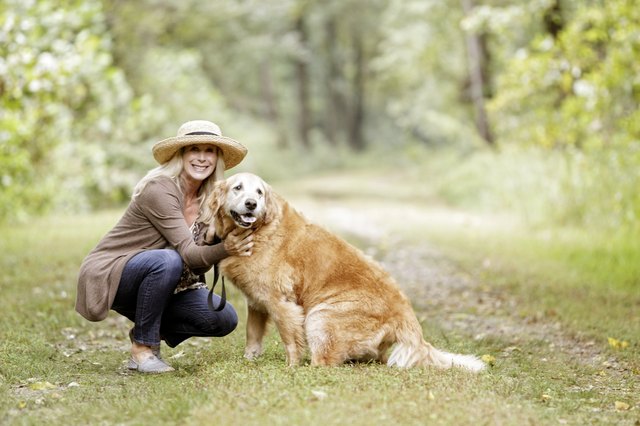 A helpful guidebook for dog dementia

Remember Me? Loving and Caring for a Dog with Canine Cognitive Dysfunction by Eileen Anderson chronicles the author's experiences with her beloved dog Cricket, who developed dog dementia in her final years. While this comprehensive guidebook is written to help dogs with cognitive dysfunction, it ultimately supports dog owners as they deal with the difficulty and stress associated with caregiving. And not unlike Alzheimer's in humans, dog dementia can often have a negative impact on the whole family, not just the victim.

If your dog is suffering from cognitive dysfunction, you'll find a wealth of helpful information in this book. It tackles issues like the symptoms of canine cognitive dysfunction, medications and other promising interventions, adapting your home to keep your dog safe, how to handle it physically and emotionally, and a thoughtful section on when and how to decide to euthanize.

Many dog owners are not aware that dogs can even have dementia, since the disease in dogs is relatively under-researched, under-reported, and under-diagnosed. So when their dog starts acting oddly, they often don't associate it with the symptoms of dementia, but instead chalk it up to behavioral issues, natural aging, or even senility.

A recent survey estimated that around 14 percent of dogs of an average age of 11.6 years have canine cognitive dysfunction. However, it's only diagnosed by veterinarians at a rate of 1.9 percent. And not surprisingly, the condition is becoming more common in aging dogs.

Dementia does not go away or lessen in intensity; it only becomes progressively worse. Distinguished by dysfunction in memory, cognition, and behavior, it eventually culminates in the loss of all higher brain functions. Therefore, it's crucial to have your dog examined by your veterinarian if you observe specific abnormal or bizarre behaviors. Once a diagnosis of dementia is confirmed, treatments are available that will help your dog enjoy a quality of life, but, sadly, there is no cure. 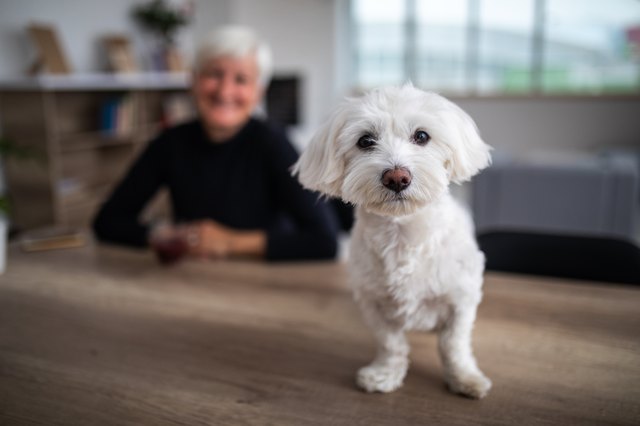 Once your dog becomes a senior — seven years old for medium- to large-size dogs, six for giant breeds, and about 10 years of age for small and toy dogs — they are more susceptible to dementia. Be on the lookout for any quirky behaviors and these signs of canine cognitive dysfunction, aka dog dementia:

How is dementia in dogs diagnosed?

CCD is diagnosed clinically and neurologically; there are no specific tests for it. If you suspect your dog may have dementia, keep careful track of unusual behaviors in a journal, photos, and video. You'll need a comprehensive list of what you have observed or experienced with your dog to aid your vet in his diagnosis. He will review your dog's medical history, evaluate the symptoms, and rule out other disorders, such as vestibular disease to make a definitive diagnosis of dog dementia.

The Canine Cognitive Dysfunction Rating Scale is also used pre-diagnosis. You can download a copy and fill it in for a snapshot of where your dog sits on the scale. Not a substitution for a veterinary diagnosis, the scale is immensely helpful in determining if your dog has CCD. 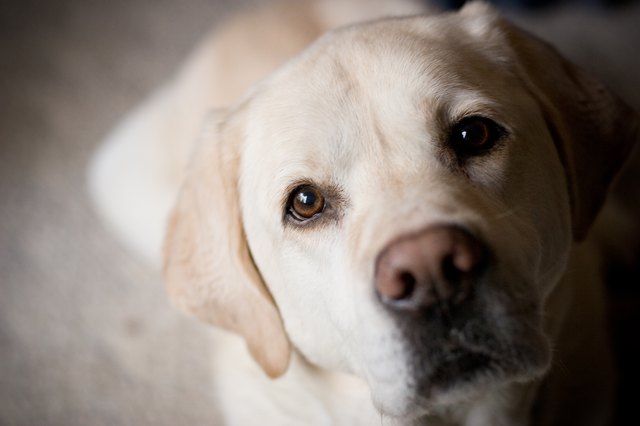 As with humans, early diagnosis is the key to living with many conditions, including cognitive impairment. That means being proactive before any of the clinical signs or early onset of dementia start to show. Researchers diligently work to find tests that can predict Alzheimer's in people long before symptoms appear. And perhaps, hopefully, one day a cure. In the meantime, many nutritional supplements, notably DHA, one of the omega-3 fatty acids in fish oil, and a variety of other antioxidants have shown positive results in slowing the progression of mental decline in both people and dogs.

Selegiline, under the brand name Anipryl, an over-the-counter, FDA-approved supplement that is derivative of a drug used in human Parkinson's disease, has shown good results in some cases of dog dementia. It is often prescribed in the later stages of dementia, but results are often underwhelming; sort of a "too little, too late," not a panacea. Also, it can be expensive, doesn't work consistently for every dog, and has known side effects. However, the drug has been shown to increase the amount of dopamine — a chemical in the brain that transmits positive nerve impulses within that organ — in the brains of some dogs.

Helping your dog deal with dementia

While it can be distressing to watch your dog deal with dementia, you need to focus on easing her discomfort and giving her a reason for living; some joie de vivre. However, your dog may not be aware of her problem, aka anosognosia, which is common in human Alzheimer's patients, as well. All you can do is try to make every day special for her. Stick to a daily routine and don't forget play sessions, too. Work in harmony with your dog's comfort zone, lack of mobility or slower movements, lower energy level, fading eyesight and hearing, and any other medical conditions she may have. Think about how you can pique her curiosity, get her to start exploring again like when she was younger, and actively use that celebrated nose! 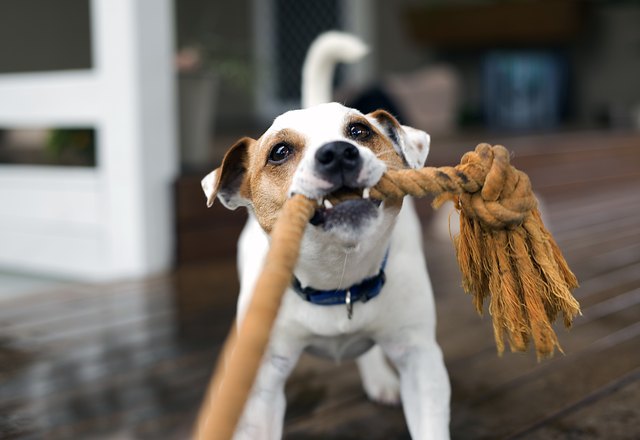 Remember, playtime does not need to be aerobic or vigorous to be fun for your dog. Think interactive games, food puzzles, Sniff Diggy™ Fun Mental Stimulation Nose Work Mats, and other aids you should have handy in your canine toolbox. Beneficial for dogs at any stage of their life, toys and interactive games that can be played indoors stimulate the mind of a cognitive-impaired dog, and particularly, a senior with mobility issues. If all else fails, consider consulting with a Certified Professional Dog Trainer in your area for more ideas on how to make your dog's life more meaningful.

Keeping your cognitive-impaired dog safe is paramount. Once you have observed various behaviors, make modifications to your home to ensure her safety in and around the home, such as child gates, ramps, move furniture out of her way, etc. It's always best if someone is at home with your dog 24/7 or as much as possible.

We all know we are what we eat, and certain foods are proven to slow the progression of cognitive dysfunction. Consult with your vet to develop the optimum diet for your dog. Feeding your pooch a healthy, delicious diet high in omega-3 and antioxidants — proven to rebuild brain cells — keeping her mentally active, and regular walks, treadmill time or an alternate form of exercise are all essential for dogs with dementia, senility, and senior dogs in general. 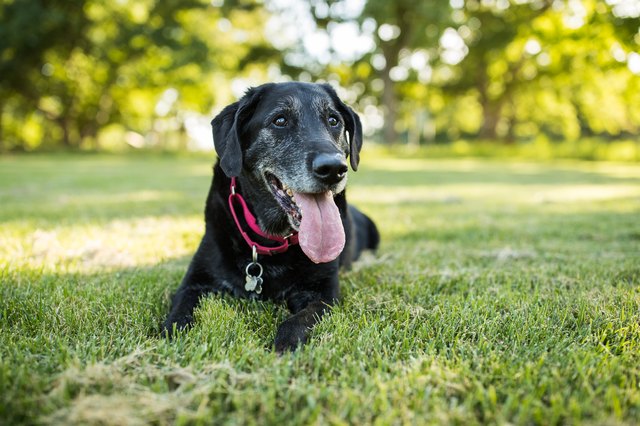 And just because she's old, or has dementia, don't give her a pass on obedience training. Reinforce her skills every day: sit, stay, down, heel, speak, or whatever else she knows. Stimulating the mind, honing previously learned skills, learning new ones, and staying as sharp as possible well into old age is as essential for dogs as it is for their people.

And remember, contrary to the idiom, "you can't teach an old dog new tricks," you can indeed! Old dogs, whether they have cognitive dysfunction or not, can continually learn and master new tricks, habits, commands, and the more, the merrier. As long as she is enthusiastic, willing to learn, and able-bodied, never give up on moving forward. Your dog with cognitive dysfunction may surprise you with how happy and capable she still is.