How Good is a Dog's Sense of Smell? 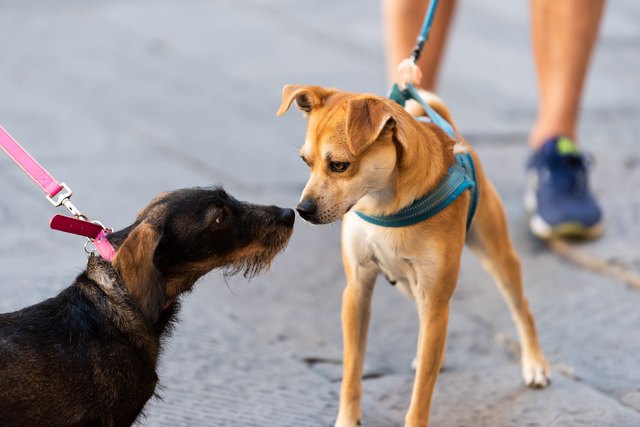 You've probably seen it before: you're out on a walk with your dog when suddenly she points her snout up into the air, her nostrils twitching as she attempts to locate something neither of you can see. To you, it may seem like she simply caught a whiff of something interesting, but to her, she's likely decoding information contained within an odor just up-wind. A dog's nose essentially works the way our human eyes, ears, and use of language do. But why are dogs so good at smelling?

When it comes to being highly skilled at picking up a scent, dogs are right up there among the best of them. Equipped with 200-300 million olfactory receptors (compared to a paltry 5-6 million in humans), dogs are designed to sniff out a number of things us humans could never dream of, from explosives to bed bugs to cancer.

According to the American Kennel Association, Barnard College's Dog Cognition Lab founder and author of Being a Dog, Alexandra Horowitz, suggests that dogs may even be able to use their sharp sense of smell to determine what time it is by tracking the rise and fall of hot air throughout the day. Dogs also use their sense of smell to navigate the world around them and can tell a lot about a place based on smells left behind or encountered on walks, on clothing, and all over the ground. 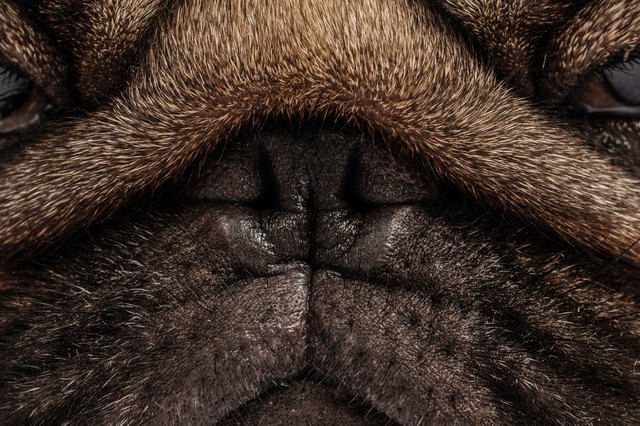 How does a dog's sense of smell work?

According to the Animal Medical Center, dogs are so good at smelling thanks to the size and shape of their noses, and the bigger the nose, the better they smell. A larger surface area allows more room for smell receptors, which are made even larger thanks to ruffles of tissue inside the nasal passages called turbinates. Small slits on the sides of your dog's nose also allow for multi-directional scent recognition and work to create a sort of ventilation system within the nose, which allows smells to pass from one side and through the other, making room for new scents to become detected.

The thing that makes a dog's nose truly stand out is something called the Jacobson's Organ, which is found inside the nasal cavity and opens into the upper part of his mouth. VCA Hospitals states that this organ allows the chemicals found within an undetectable scent to be decoded by the brain to identify pheromones, which are used during mating to determine whether a dog is ready to breed. If you ever notice your dog curl his lip up as he's sniffing, he is opening his mouth to allow the scent to reach the Jacobson's Organ so he can get a "closer look" at what the scent is trying to tell him. This scent-detection system is known as a dog's second olfactory system as it is separate from the one he uses to breathe. 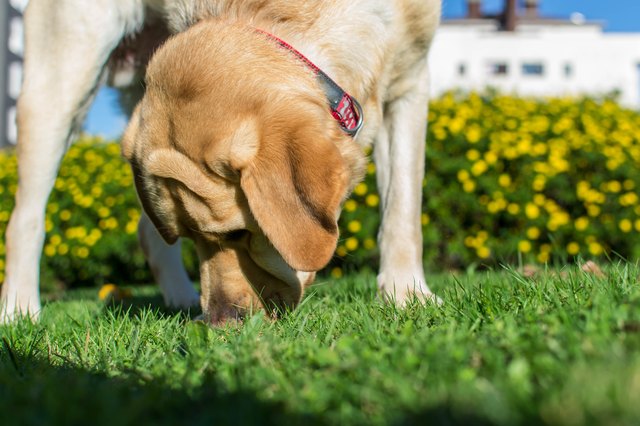 Why are dogs so good at smelling?

Additionally, dogs use scent to build familial bonds, thanks to the Jacobson's Organ, which allows mothers to sniff out and detect her young babies, and puppies to find their moms through the scent of her milk. Dogs also use their sense of smell to get a feel for the world around them, which not only helps them navigate space but the mood and feel of various situations they may find themselves in. If you've ever noticed your dog's hair stand on end upon meeting a new dog or person, multiple factors definitely influenced the involuntary defensive reaction, including smell, which dogs use with one another to communicate. Essentially, your dog relies on her sense of smell to feel out whether a setting is safe or dangerous, and just about everything in between.