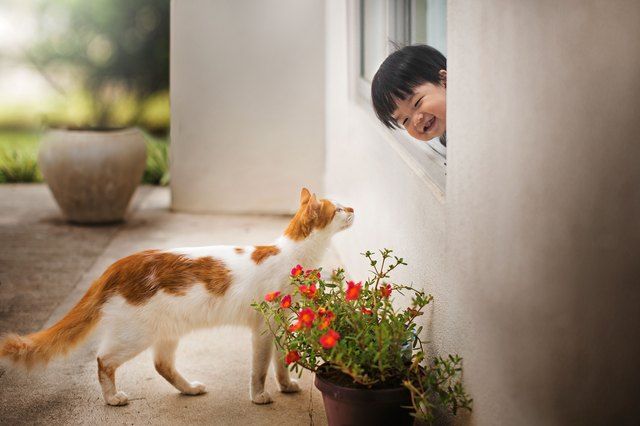 For most dogs owners, establishing a way to communicate with their canine companions relies heavily on the use of spoken language. Even if your dog only understands a few words, this bond can help facilitate a number of actions and activities, from preventing your dog from running toward traffic to sharing praise in an effort to help them learn. Whether cats, on the other hand, are able to understand language is less widely known, and certainly isn't helped by their stereotypical cold and aloof manner. Even so, cats have been shown to display some signs of understanding people, but are they our words that they're responding to?

Scientific American states that cats are able to recognize voices. More specifically, they are able to spot their owner's voice among others and showed a higher response rate when called by their humans in one 2013 study. Unlike a dog, who may walk or run toward the sound, cats displayed detection by moving their heads and adjusting their ears once the familiar voice became recognized. But, are cats responding to the words their owners are saying, or simply the pitch and tone of their voice?

Feline behaviorist Marilyn Krieger told Pet Care Rx that, while some cats can definitely learn certain words, like their names, more often than not, the way you deliver the information is what they are really responding to. Thanks to their highly sensitive selves, cats can feel threatened by loud or aggressive-sounding delivery, whatever the word is it that's being said. On the other hand, a word or phrase delivered with a sweet or assuring voice will usually result in a more socialization and affection from your feline friend. 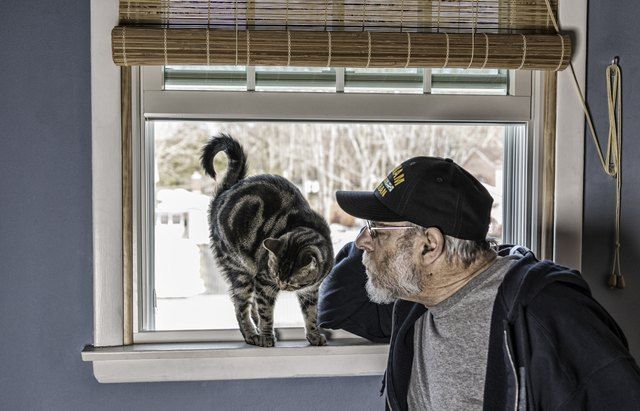 Cats pick up on human cues

So, if your cat isn't understanding exactly what you're saying, how does she learn? PetMD referenced one study in which cats were seen look to their owners for cues in what's referred to as "social referencing." In the study, which was published in Animal Cognition, involved two groups of cat-and-owner pairs, and fan with streamers attached to it, which was intended to incite an anxious, or at least, an unsure reaction from the felines. Half of the owners used a happy voice when looking between the cat and the fan, while the others used a voice that suggested the fan was something to be fearful of. Whatever the tone, nearly 80% of the cats were seen looking to their owner before attempting to figure out how to approach the fan, and many made some attempt to adjust their reaction depending on the instruction from their owner.

While some cats have certainly learned various keywords and phrases, like their name or when it's time to eat, most research suggests that it's the tone and not so much the actual language used that tells them what they need to know. Like dogs, when cats are rewarded after the use of certain words, like having a plate of food laid down shortly after stating that it's dinner time, or offering an affectionate pat after calling their name, cats learn to associate the two and may respond accordingly. 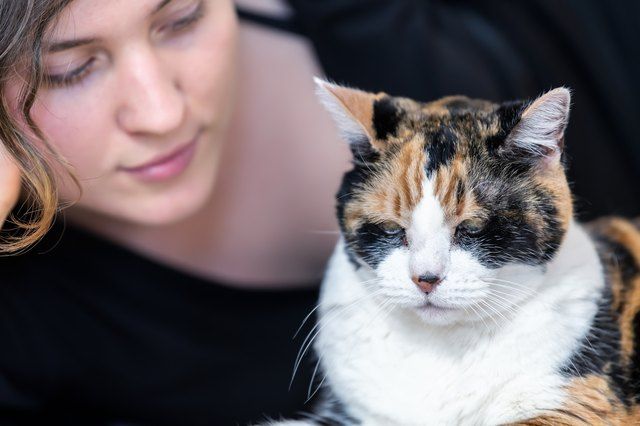 Cats are also able to read facial gestures, according to BBC Earth, and learn by associating positive things with happy facial gestures, and less rewarding things with what's perceived to be more negative signals, like crying or frowning. In one study, cats who witnessed happy owners wanted to spend more time around them and exhibited traits like purring or rubbing up on their legs. If it seems like your cat is always watching your every move, it's likely because he is, and he's doing so in an effort to gauge the situation for better or worse. In addition to the tone of your voice, cats will read your body and facial language to better understand you and the situation at hand.