Can Cats Sense Our Emotions? 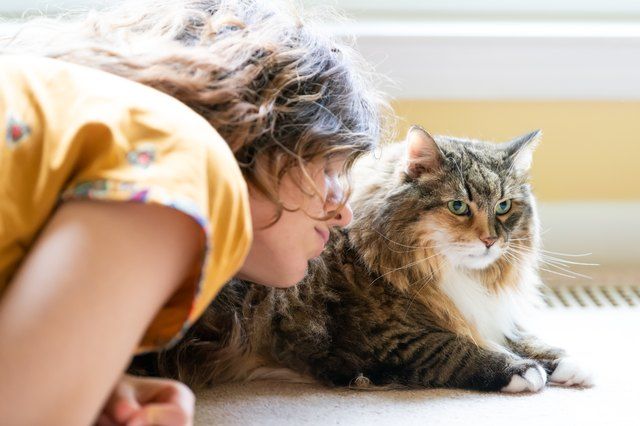 When it comes to comforting pets, dogs are usually the first species that come to mind thanks to their loyalty to those close to them and their often "aims to please" demeanor. Cats, on the other hand, are not very well-known for offering emotional support to their human counterparts. Often regarded as independent and aloof, cats get a bad rap in the companion department, but can they sense what we're feeling sometimes?

Do cats know what you’re feeling?

According to BBC Earth, the short answer is yes, cats can sense our emotions by recognizing facial gestures, like smiling and frowning. This ability to detect our feelings is believed to be something that occurs over time, in which cats essentially train themselves to associate positive things with happy facial gestures, and less rewarding things with what's perceived to be more negative signals, like crying or frowning.

In one study cited in the article, cats who witnessed happy owners wanted to spend more time around them and exhibited traits like purring or rubbing up on their legs. Of course, this learned behavior only works between cats and people with whom they share close relationships — cats are not believed to pick up on the emotional states of strangers.

In one study published in Animal Cognition, cats were seen looking to their owners for cues in what's referred to as "social referencing." The study detailed several cat-and-owner pairs who were brought into a room with a fan with streamers tied to it, which was intended to invoke uncertainty or anxiety. Half of the participants were told to use a happy voice when looking between the cat and the fan, while the other half were told to use a fearful voice. No matter the tone, nearly 80% of the cats were seen looking to their owner before attempting to figure out how to approach the fan, and many made some attempt to adjust their reaction depending on the instruction from their owner. 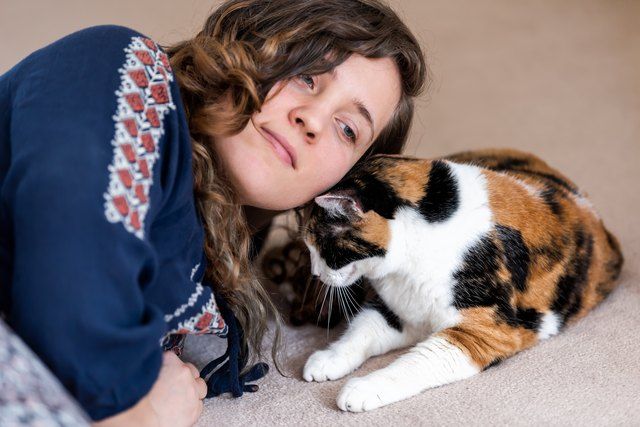 Do cats care when you’re sad?

Of course, what cats do with the information they receive while reading our facial gestures isn't usually considered affectionate or consoling—at least, not in the the way that many people claim their dogs act when they catch them feeling blue.

Cats tend to view our emotions in more selfish terms, as in, "what does this facial structure mean for me?" When people are happy, cats likely associate them with things that feel good to them, like a head scratch or treats, as opposed to unhappy people, who are less likely to spoil their cats or lavish attention upon them. So, to answer the question "can cats sense our emotions?" the answer is believed to be "yes," although it's likely that they don't actually develop a personal attachment either way unless it will immediately benefit them.

When attempting to understand how cats perceive emotion, it's important to get an idea of just what emotional behavior means to them before projecting their responses onto us. While it's hard to measure emotions, in part thanks for their tendency to span a wide spectrum, Purina assures that all mammals have emotional systems in place. People may conflate their emotional states with a deeper meaning about themselves or those around them, but non-human animals reportedly use their emotional competency for basic survival needs, like seeking food, addressing fear responses in the face of danger, and care-taking their young or even sickly family or pack members. These fundamental emotional systems may not reach the human depths of feelings like shame, guilt, love, or joy, at least, as far as researchers are able to tell, but that's not to say that the basic emotional states of happiness and sadness can't be reached and felt by our feline friends.