Have you ever taken a selfie with an animal? If you're a pet parent, then the answer is definitely yes.

If you're the type to take pictures with (safely domesticated) animals, then you've probably also shown the animal in question the selfie, as if to say, "are you cool if I post this?" And the animal probably looked at you like, "whatever, I'm a cat/dog/fish. What do I care?" But could that animal actually care? We have no idea. That's a question way beyond current science. But could that animal actually see the picture at all? That's one science can answer.

We've already done a deep dive into dogs' ability to see photos, but what about cats? Here's what you need to know about if cats can see photos or nah. 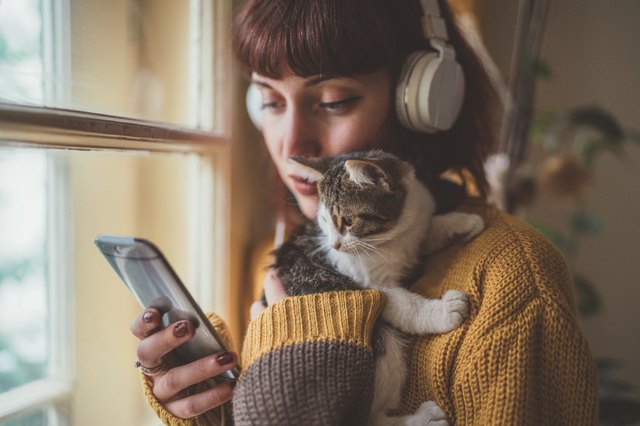 Ok, smart aleck, what do we actually need to know about cats' eyesight?

Okay, so you want to know how you cat sees the world in general? There are a few key differences between how cats' eyes work and how ours do. First, cats have wider field of vision than humans do—they can see about 200 degrees instead of our paltry-by-comparison 180 degrees. Essentially, this means cats have better peripheral vision than humans do.

Cats don't have very clear vision at distances—they can only see about 20 feet ahead of them before things get blurry. For comparison, humans can see 100-200 feet into the distance before the world gets all fuzzy.

Finally, cats' eyes are chock-full of photoreceptors, which are the things that impact how we see when the lighting isn't great. As a result, cats have much better night vision than humans do (but you already knew that, right)?

If you'd like to get a true sense of what this looks like, the internet is here for you. In 2013, a photographer/artist/cat-lover named Nickolay Lamm doctored photos based on the science behind how cats actually see to help humans get a picture (GET IT?) of how felines see the world. You can see his work here. 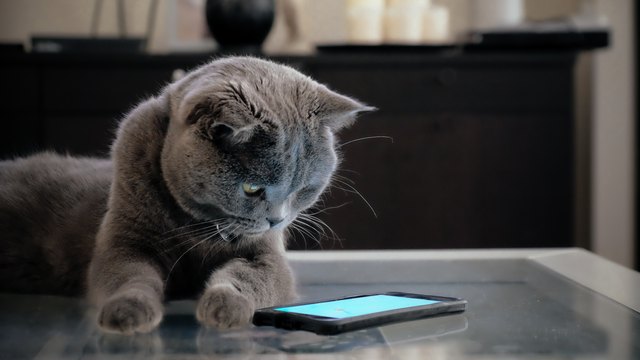 One difference between human and feline vision that we haven't covered yet is color. According to an investigation by Wired, cats' photoreceptors are most sensitive to wavelengths in the blue-violet and greenish-yellow ranges, but they can also see a little bit of green. What this is means, in a function sense, is that cats are basically red-green color blind. Pictures, and the world in general, will look less vibrant to cats and details would be harder for them to see.

What about moving pictures?

Okay, so cats can see photographs, but probably not as well as humans can. What about videos? Because you know you're wondering if it's even worth your time to Skype with your cat.

As a baseline, let's start with people and what the whole frame rate thing is about. Humans can see about 10-12 still images a second and still process them as individual, still images. Any more than that, and our brains process the images as a movie (the standard movie frame rate is 24 frames per second). Then, there's the issue of the light being used to project those images. If it's between 50 Hz and 90 Hz, the human eye sees a stable video (if it's lower or higher, you might start to notice a flicker in the image—although there's recent research looking into higher frequency viewing.). Got it? It's okay if you don't really, just keep those numbers in mind and know that they represent the baseline around which all of the videos your cat might encounter are based since, obviously, we humans have optimized videos for human viewing.

Cats, in a very cat-like move, need a higher frequency to see moving video clearly, according to Dr. Melrose. 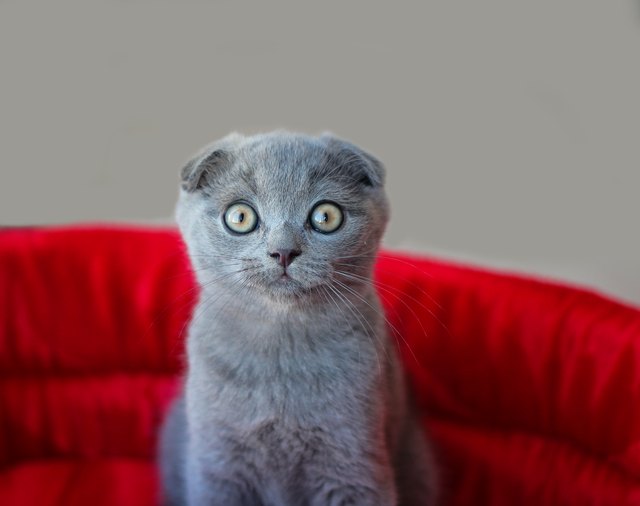 "Cats process visual information much faster than all the rest of us (superiority complex again) and to their eyes our older, standard 50Hz television sets will usually appear to be projecting a mind-numbing, garbled flicker (they possibly are)," he wrote for Stuff. "Interestingly, studies have shown that this processing speed ranges markedly among individuals, and that some 'slower' thinking cats (like my Burmese, Yoda) will see these 50Hz images just fine. Most cats, however, would much prefer to watch a set with a 100Hz picture frame rate, in itself a valid reason for all animal lovers to buy a new LCD screen immediately."

So, there you have it. Cats can see video. They probably hate watching older TVs, but might be pretty into watching a high-end flatscreen.

Will my cat recognize me in a photo or video?

Here's the real question because, be honest, you don't care if your cat can be a photography critic or movie buff. You want to know if Fluffy sees mommy or daddy in that picture or FaceTime video and actually recognizes you.

Ready for a little disappointing news, cat owners? According to a study by researchers from Pennsylvania State University and the University of Texas at Dallas, human faces probably all look pretty much the same cats. When researchers showed the cats photos of human faces, the cats could only pick out their own owner about 54 percent of the time. It's not all bad news though—cats recognize other cats in pictures. They picked out other cats in pictures about 91 percent of the time.